Learning to live with Wayne | The Busby Way

Learning to live with Wayne 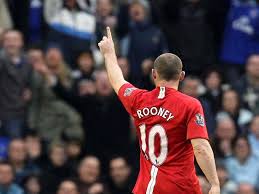 Looking back over the last couple of months the off field news has been monopolised by one Wayne Rooney. With a beauty of time and hindsight my feelings have shifted, evolved and adapted. I still think the whole game of brinksmanship he carried out was pathetic disgusting and unnecessary.

In fact I can safely say the events leading up to the Bursaspor game were some of the most abhorrent I have seen in football. Since when have a player and their agent been allowed to openly question the ambitions of a club the size of Manchester United in such a calculated and pathetic way? Paul Stretford probably felt like he was doing something brilliant; get Wayne to say something down the lines of where is the investment, play into the green and gold campaign and no one will hold it against him. Sadly Stretford misjudged everything.

We weren’t going to buy into this, no matter how much we agreed with the sentiment. We were appalled by the statement, he would have been better off saying he just preferred earning a little more money down the road. And everyone (well if we believe our press) knew he was off down the road.

Maybe Stretford convinced him that Wayne Rooney was too big to hang around in the manner that Charlton, Robson, Cantona, Giggs, Neville and Scholes have done and develop and nurture the next generation of players. Perhaps Rooney is too big to pass on to others what he has learnt from his seniors. And if Rooney bought into this or didn’t even consider that he was now maturing into the player who was meant to pass on that experience then he really has less class than we used to credit him for, life isn’t just about taking Wayne.

Whatever happened with Stretford and Rooney, questioning the clubs ambitions were stupid, Rooney joined United when our squad was arguably much weaker than today.

However since signing a new contract he has appeared on our red tinted in house tv channel. The first interview looked like he had a gun held to his head; it was a massive disappointment and smacked of the arrogant child Rooney had seemingly become since March this year. However the second interview seemed more genuine, if still lacking in content. He seemed to be calmer and more like the Rooney of old. Then finally he did apologise in a press piece. Whilst almost everything he said was nonsense, for me it did loosen my feelings. It made sense that he signed so quickly after receiving assurances (or perhaps he realised City was out of the question and Ronnie told him the grass isn’t really greener in Madrid), he looked happier again, and even some of the crowd were pleased to see him return.

Then the penalty and that celebration, it clearly meant a lot to him. Perhaps the penny dropped he is now a senior and must behave like one. Whilst I will never hold him in the regard I did, as he destroyed that, I can’t help but think that he might end up winning the majority of us back over to his side. Rio managed it (although at least Rio had the balls to speak to the Men in Black face to face, Wayne was too scared – but you can hardly blame him) and Wayne was adopted as a red immediately, Rio has had to work at it.

It leaves me a little excited that we have him back even if my feelings are utterly confused, and the Blackburn performance certainly doesn’t dampen that excitement even if Rooney didn’t get on the scoresheet, he certainly got Berba going again (worth noting he hadn’t scored since Roon went away).

Perhaps in the long run the whole revolting saga will actually benefit United this season and a Rooney desperate to win back the fans will propel us on to great things.