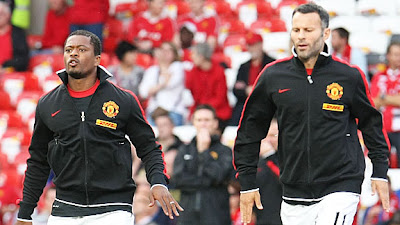 Manchester United left back Patrice Evra has admitted that he has been left embarrassed by United’s performance this season but believes the appointment of Ryan Giggs as manager will give the club a lift.

United are currently 7th in the league and with 4 games left have no chance of making the Champions League meaning they will miss out on the prestigious competition next season.

With Ryan Giggs in as interim manager for the final 4 games, United will have a chance to restore some pride before they begin a rebuilding  job which will likely see a new permanent man take over but for now Evra will be getting behind his teammate-cum-boss: