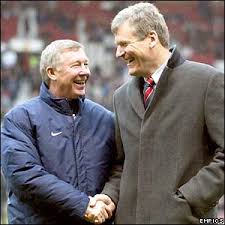 I am more than aware that what is written below will not be to everyone’s tastes and many of you will be furious at what I write and consider me blinkered. I will start by making it clear that I am firmly against the Glazers and their ownership of our club. They represent everything that is currently wrong with the English game and the global economy in general. How they were allowed to carry out such an aggressive leveraged buyout is beyond me and is a whole other discussion.

I take umbrage with those supporter groups who are so extreme in their dislike of our current CEO David Gill. Yes he has made some extraordinarily badly chosen statements and has hypocritically become staunchly pro-Glazer after deriding their bid by stating ‘debt is the road to ruin. However I believe in attacking Gill we are attacking the wrong man.

Yes David Gill is currently the highest paid CEO in the Premier League and many will complain about that, however Wayne Rooney is the highest paid player. We are Manchester United, the biggest team in the country; inevitably we will have the highest paid CEOs, CMOs, Chief Accounts etc. So I feel it wrong to attack him for this, and if your boss turned round and offered you a big pay rise would you say no?

The main thing that Gill is attacked for is his support for the Glazer regime. On a number of levels it is difficult to see what else he should do. He cannot turn round and openly criticise his current employers, he simply couldn’t do it without facing the sack. Secondly he made his views clear pre-takeover, he tried to stop it and failed. Finally he gives the impression of a man who does care deeply about the club and in comparison to his predecessor he is an angel.
Commercially the club continues to grow, new deals are made on an almost weekly basis, and the turnover continues to rise. All this despite of the Glazers (although perhaps this is actually because of them and the need to maximise revenue) and David Gill will have played a key part. Everything Gill has done (other than failing to block the takeover) has developed the club commercial both pre and post takeover, as a result when we do rid ourselves of the gimps from Florida we will be better placed than ever before. He is obviously very good at running a football club. The man is also clearly held in high regard by fellow PL Chief Executives, seen by his election to the FA. Who better to judge you than your peers?

I see many people saying that Fergie and Gill should come out and let the Glazers know that they are ruining the club. Do people think they can seriously do that? They would be fired and that would leave us with just the Glazers in charge, no football men to guide them. I for one think we need to lay off Gill and Fergie when criticising the Glazers, at least with them on the inside there are two football men with United in their hearts still close to the decision makers.